Public Lectures I Give 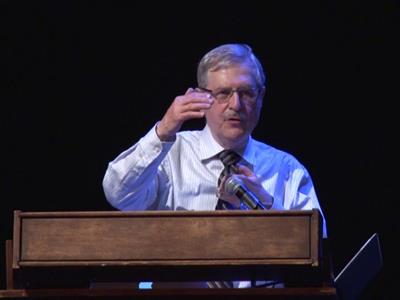 I have given astronomy lectures at conferences, civic group meetings, science festivals, science fiction conventions, public affairs groups, and community forums.  An astronomy talk can be a great change of pace. keynote event, or even fund-raiser for a group (even if most of their concerns are terrestrial.)   Below are some of the topics I can cover for your organization:

Where Bill Gates’ Great Granddaughter Will go for her Honeymoon: The Top Tourist Sights of the Solar System

Illustrated with the latest images from U.S. and European space probes, this talk takes the audience on a “trip-of-a-lifetime tour” of the planets and moons in our cosmic neighborhood. Highlighted sites include the 4,000-mile lava channel on Venus, the towering Mount Olympus volcano on Mars (three times the height of Mount Everest), and “Cold Faithful” the salt-water geyser on one of Saturn’s moons. Explore the must-see, alien vistas that future tourists will surely include on their itineraries.

When the largest stars in the universe die, they leave behind a bizarre “star-corpse” whose properties challenge the human imagination. These black holes affect the nature of space and time itself and are the dramatic proof of Einstein’s most spectacular theory. Using analogies and thought-experiments (without mathematics), we will explore how these objects form, why falling into a black hole is a “once-in-a-lifetime experience,” and how astronomers are finding these stellar corpses by watching some of them consume their neighbor stars for lunch. (Understanding black holes can help explain the complicated plot of the recent film, Interstellar.)

What Were the Atoms in Your Body Doing 8 Billion Years Ago: The Story of Cosmic Evolution

Although few people ever think about it, the atoms that make up your body are “on loan” to you from the Earth’s “atom collection.” Thanks to modern astronomy, we now know the history of these atoms even before they were part of the Earth. In this talk, we examine the history of the cosmos, and *how it evolved from the heat of the Big Bang to conditions that make astronomy fans possible. We focus on the role of exploding stars, which create new elements and recycle them so that to be available to future generations of stars, planets, and life-forms.

A Grand Tour of the Universe: If It’s Tuesday, It Must be Mars

This is Fraknoi’s most frequently requested talk: covering the most beautiful sights within our solar system, throughout the Milky Way Galaxy (the vast island of stars inside which the Sun is located), and in the largest realm of the universe of galaxies. Enjoy the most spectacular images from the Hubble Space Telescope and the largest telescopes on the ground, including the rings of Saturn, the places where new suns are being born, the “corpses” of exploded stars, and cannibal galaxies, that eat their smaller neighbors for lunch. (Is best on a large screen and with a good projector.)

How did Pluto Get Kicked out of the Planet Club and What Are We Discovering There Now?

The public perception is that in 2006, astronomers suddenly demoted Pluto from being a full-scale member of the planet club, leaving Pluto fans angry and confused. Hear the inside story of what really happened to Pluto, learn about the discovery of other Pluto’s even farther from the Sun, and see the remarkable things the New Horizons probe discovered as it flew by Pluto in 2015, including the almost-frozen nitrogen sea, with its floating ice-bergs of rock-hard water.

The Fermi Paradox: If the Universe is Teeming with Planets and Life, Where are all the Aliens?

Astronomers have now discovered thousands of planets orbiting other stars, some of them located in zones where life might comfortably exist. If, as scientists now conclude, there may be billions of Earth-like planets out there, why have we not been visited by alien tourists? This is what the great physicist Enrico Fermi asked in the 1950’s. Knowing more about the vast scales of space and time, we can now answer Fermi in a variety of imaginative ways and explain why evidence of intelligent life out there may be harder to find that we thought.

Celebrating Stephen Hawking: How Black Holes Can Be Not Quite Black

Scientists and science enthusiasts have been mourning the passing of Stephen Hawking, one of the great minds and spirits of our time.  In this talk, we briefly summarize Hawking’s life, and talk about the importance of his scientific work.  We focus particularly on Hawking’s work merging the world of the big and heavy (described by Einstein’s General Theory of Relativity) with the world of the small and light (described by quantum mechanics). Then we describe how this merger led to the idea of mini black holes, “Hawking Radiation,” and the bizarre notion that black holes don’t have to be fully black.

Martians We Have Known and Loved

The story of how humanity imagined, observed, and explored the red planet that was our neighbor, this talk takes you from the realm of science fiction to the latest images of our robot rovers exploring the martian surface. Learn why NASA still considers Mars a strong candidate for a “second genesis” – the independent start of life on another world.

It’s Not Written in the Stars: An Astronomer Looks at Astrology with a Skeptical Eye

In this light-hearted talk, we explore the popularity of the “fiction science” called astrology, examine its origins (as a brilliant insight) thousands of years ago, and discuss some of the many scientific tests that astrology has failed in our time. We’ll take a quick look at how an astrologer came to have a powerful influence in the Reagan White House. And we’ll also discuss a “competing” theory called “jetology” where the position of all the jumbo jets at the moment of your birth can help illuminate your destiny and love life.

Use the contact form to send me a message if you have a speaking opportunity you’d like to discuss.